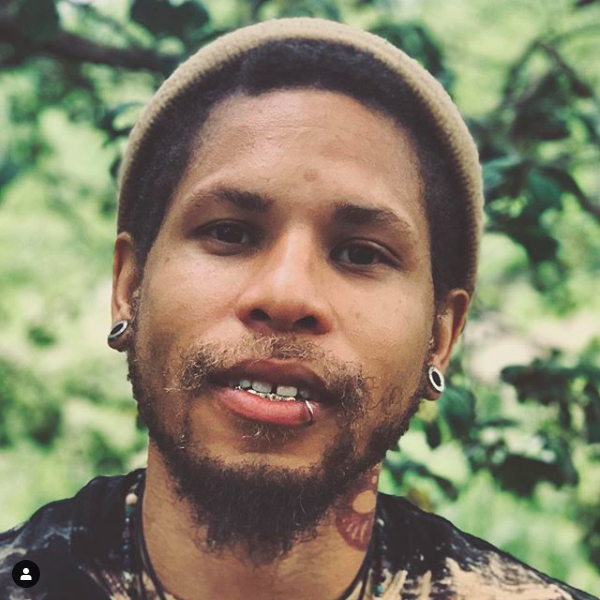 brandon king (he/him/his) is a community organizer, dj, visual artist, overall creative originally from Hampton Roads Virginia where he currently resides. brandon moved to Jackson Mississippi in 2014, to actualize the mission and vision inherent in the Jackson-Kush Plan, a plan aimed at struggling for Black self-determination and economic democracy. he worked there for six years as a cultural organizer, cooperative developer, and program coordinator for Cooperation Jackson, an organization of which he is also a founding member. While there, brandon served on the executive committee and was an farm anchor of Freedom Farms Cooperative. he is currently serving as a board member for the organization. in Virginia, brandon recently formed a multi-disciplinary arts collective called "dntbuy" (don't buy). dntbuy aims to lead with creativity challenging capitalism and status quo models of consumer-culture. this collective works to develop the creative capacity of young Black people supporting them in gaining knowledge of self, heighten awareness of our collective well-being, build self-confidence and develop an understanding of destructive and transformative world systems. dntbuy does this while also engaging in horizontal decision making and practicing the principles of solidarity economy.