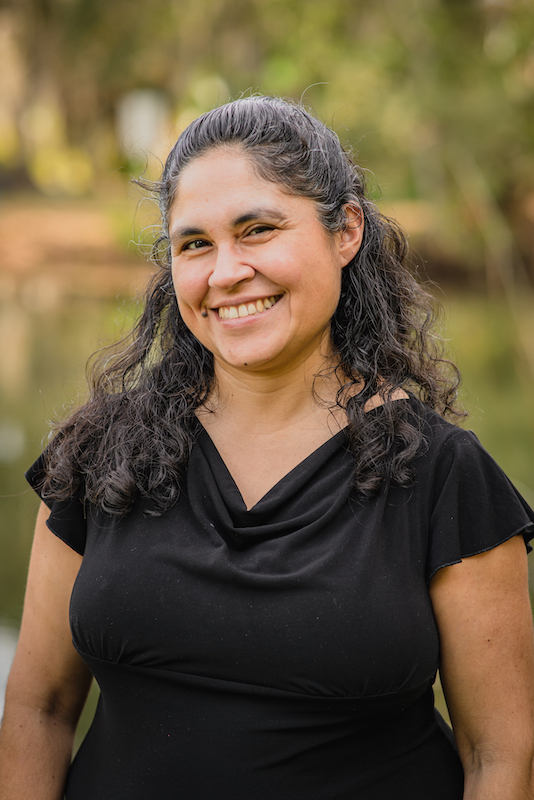 The granddaughter of farmworkers and daughter of Chicano movement activists, Felicia Martinez (she/her) cut her teeth organizing in the late 1990’s San Francisco Bay Area movements for Affirmative Action, Ethnic Studies and related educational justice issues. In her subsequent work for the California Immigrant Policy Center, Causa Justa :: Just Cause, Funders’ Collaborative On Youth Organizing, and the National Domestic Workers Alliance; Felicia contributed to successful mergers and program experimentation through her work on fund development and internal systems creation. In addition to building organizational infrastructure, Felicia has worked as an educator with first-generation college students and migrant women. She holds an M.F.A. in Creative Writing from Mills College and a B.A. from the University of California, Berkeley. She is active with Cetiliztli Nauhcampa, an indigenous ceremonial dance community, and as a volunteer at her children’s public elementary school in Brooklyn, NY.