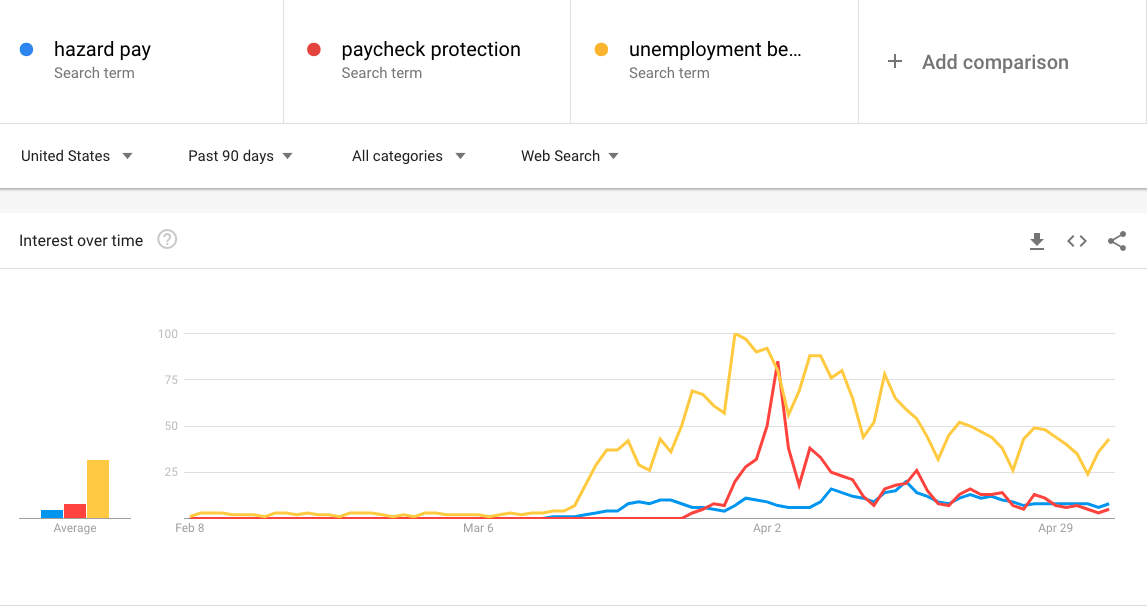 Exploring the narrative weather of Covid-19. The Rona Report is a project of ReFrame and Solea Signals.

COVID time is confusing. It can feel like light speed and sloth slow all at once. The same goes for public debate at this time; trending concepts like “flatten the curve” and “Grandma Killer” can appear and disappear within days and weeks, while narratives that we’d like to see disappear, like “Yellow Peril” and “Government as freedom-killer,” threaten to become further entrenched.

Navigating the dynamics of this narrative space is no easy task when we’re putting out the fires and running from crisis to crisis. The Rona Report is here to help those of us who don’t have time to find the signal in the noise. We’re drawing out trends and analyzing them to offer you possibilities to leverage them toward big change.

This week, in our inaugural Rona Report (see endnote for research methods), we’re exploring narrative weather trends from the past three months around Covid-19, the economy and workers.

Want to make sure you receive future Rona Reports and other nerdy behind-the-scenes-banter about building a narrative weather station? If you haven’t already, make sure you sign up here.

In 1992 political strategist James Carville declared, “The economy, stupid.” This became a core message for Bill Clinton’s winning campaign against George H.W. Bush. The message became a mantra, and “the economy” became a primary driver of U.S. narrative in modern times. This is no different under Covid-19.

When looking at the conversation about the economy during Covid-19, two primary trends emerge: the Trump Economy and the Covid Economy.

Amidst these two trends, we wondered how social movement reframing of the economy compared. We explored the popularity of Solidarity Economy and Care Economy.

WORKERS AND THE WAVE OF UNEMPLOYMENT

With 33+ million people in the United States laid off, furloughed and out of paid work, there is a once-in-a-generation opportunity to shape the conversation about jobs, labor, workers, wages, and the role of the government in relationship to protecting workers and regulating corporations and the economy.

While we are all in this together, historic and present day systemic racism means that Black people, Native people, Latinx people and some segments of Asian-American communities are getting sick and dying at far higher rates than white people. There are many reasons for these disparities, and one of them is that it is people of color, and often women of color, who are disproportionately exposed to the virus because they hold down frontline jobs.

In this context, it’s of course more important than ever to fight for workers’ rights. But just as everything in the rest of the world has changed, the way we demand these protections also has to change.

Similar to the economy search, the popularity volume trend of Workers Rights has erratic peaks and valleys but overall the pattern is steady. By the middle of March we see the emergence of Essential Workers as a core trend with significant volume increase over workers rights.

Taking it a step further we begin searching for the patterns in search popularity around demands coming from individuals, communities and organizations in response to the economic crises under Covid-19 including hazard pay, paycheck protection, and unemployment benefits.

While we searched for several variations of PPE for workers, the volume is negligible in relationship to wages and salary for workers. Finally, we explored other demands in relationships to unemployment benefits and the CARES Act (which included paycheck protections for some). These included canceling rent, student loan forgiveness, and the people’s bailout.

Narrative is a process and not a product. If we are trying to influence common sense, then we have to crack open space so that new meaning can be made to fuel the breakdown of trust in some narratives while establishing confidence and hope in others. We can do this by seeding doubt and seeding vision. This is not a linear process, it is a dance. Here are some possible steps in this dance:

Endnote – Research Methods
This report uses a combination of Google Trends analytics and “small listening” or content analysis done by our Signals team at ReFrame. Google Trends analyzes “a sample of data based on Google web searches to determine how many searches were done over a period of time.” The results are a 50,000 foot view of search term popularity over time. While we are not looking at absolute volume, we can get a sense of the movement of a conversation or set of conversations across time and in comparison to each other. While the data from Google is imperfect, and partial as all data is, it is free and can be a useful tool for foraying into the world of big listening. Future Rona Reports will combine big listening, Google Trends and human-powered small listening.

There are no previous posts 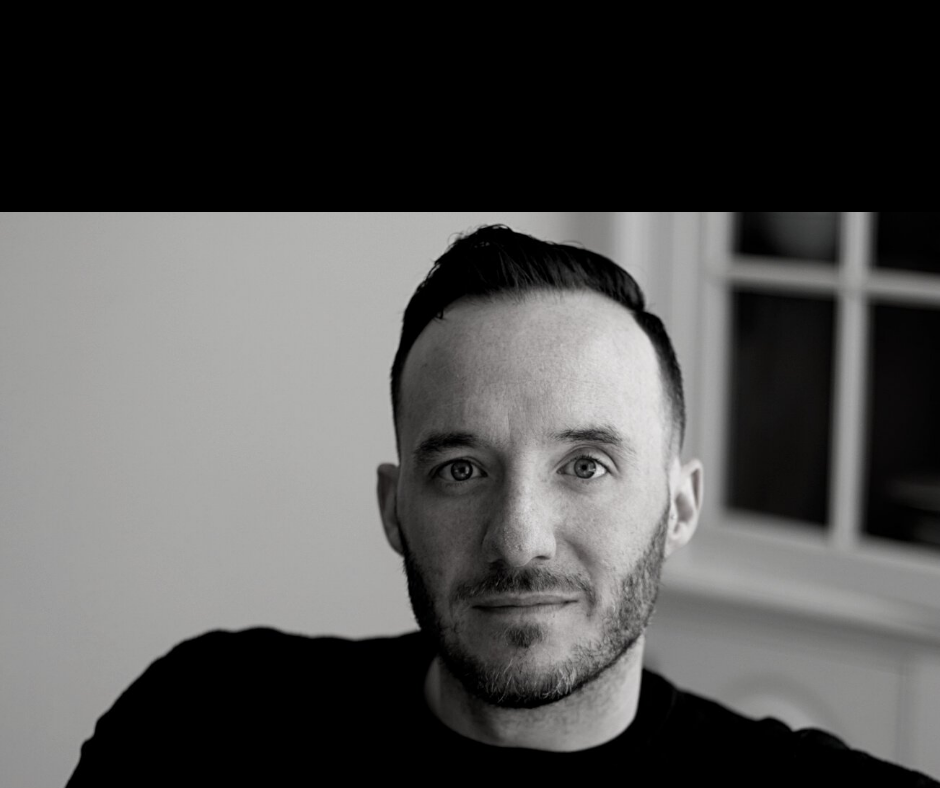 The Promise of ReFrame

ReFrame’s Executive Director, Joseph Phelan, recounts his time as a communicator and organizer at Miami Workers Center as part of the inspiration for the vision and promise of ReFrame to build narrative power at scale. “I could see a future where we were touching these contacts with targeted messages and stories that overtime lead to a shift in worldview.” 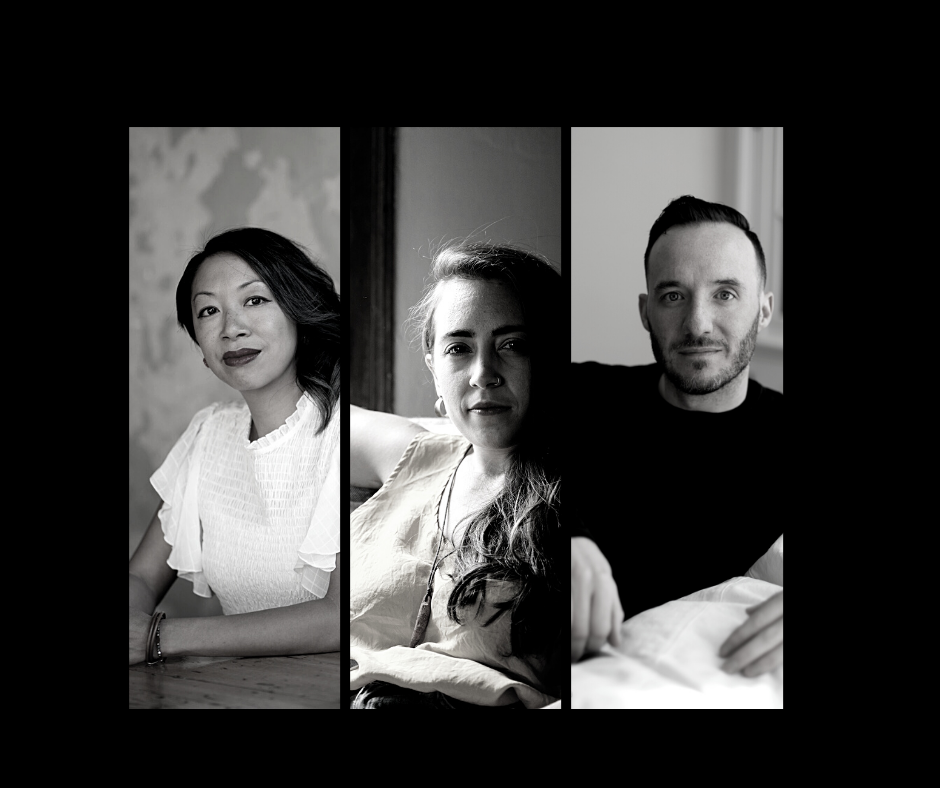 Through The Looking Glass: 2022 Narrative Predictions

SAVE THE DATE: Through The Looking Glass - 2022 Narrative Predictions 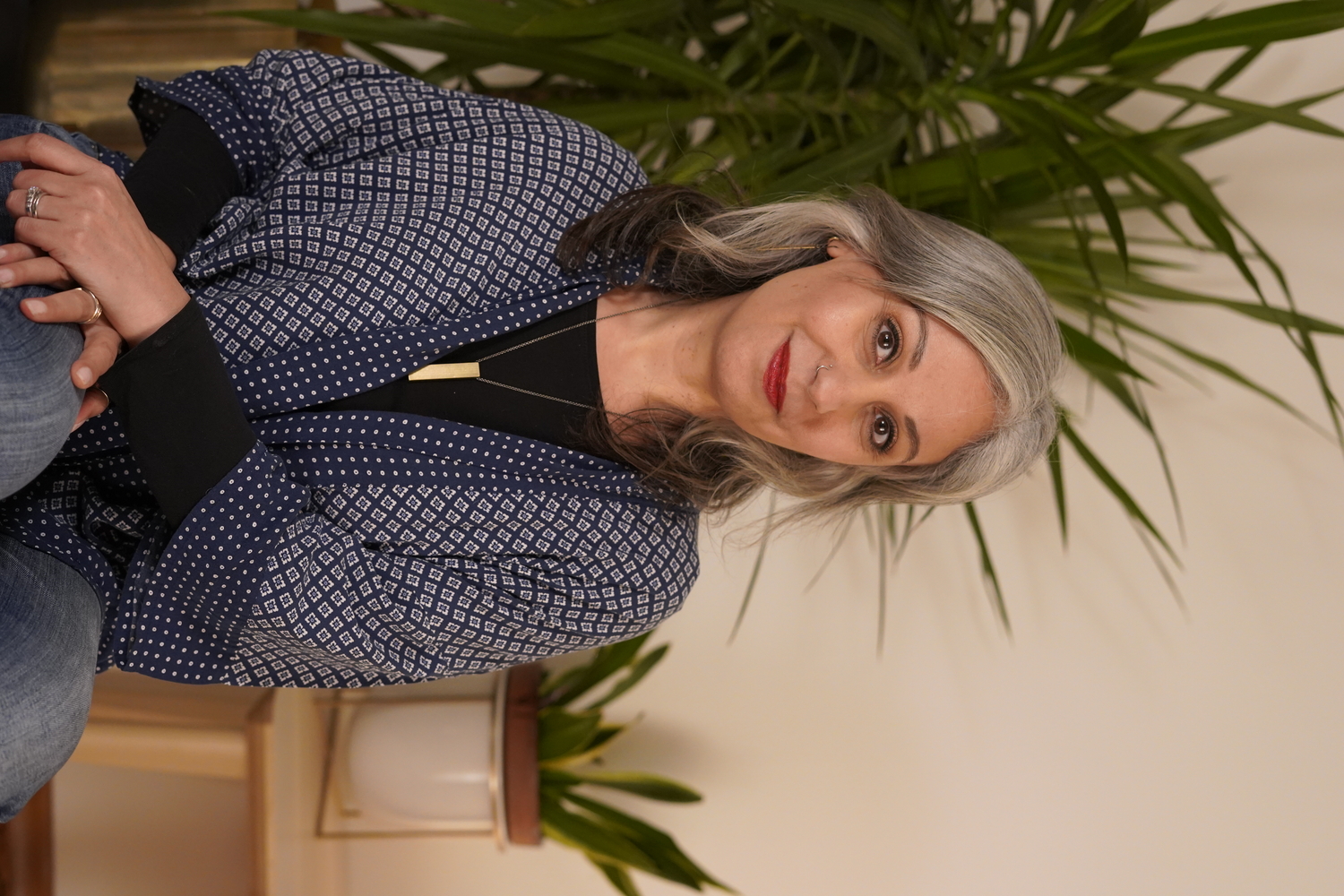 Shifting the Culture of Crime and Punishment

As we grow the narrative power ecosystem we need to win we are taking moments to highlight the awesome strategists we get to work with. Talia Gad is a participant in the Northwest Health Foundation Fellowship and we took a few minutes to check-in on how she is doing. 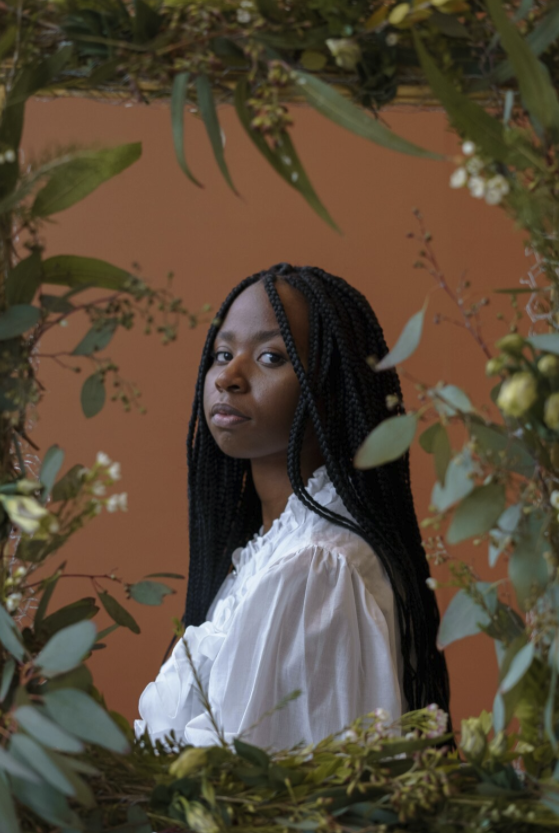 ReFrame and Northwest Health teamed up to train leaders in community organizations in the Pacific Northwest to engage in narrative work to win. 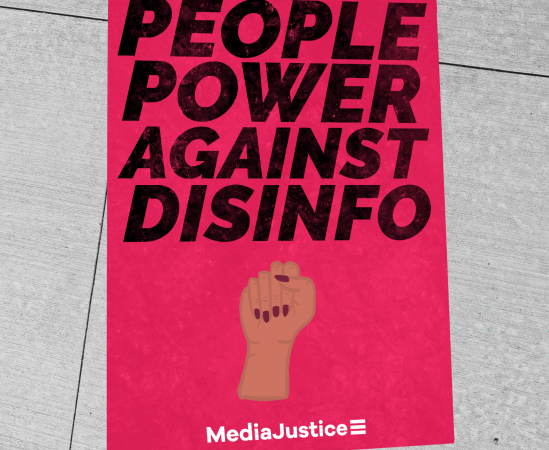 Many who believe in justice are fighting hard for victories at the ballot box. However, our opponents are spreading disinformation that threaten the just future we are all working towards. 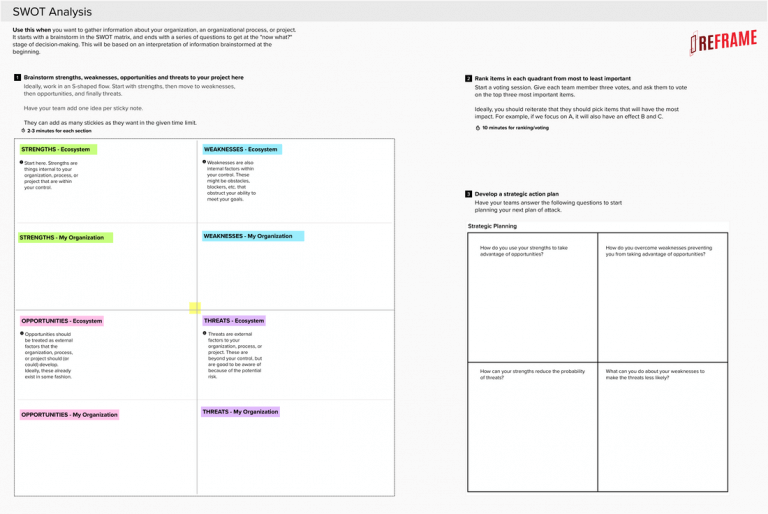 At ReFrame, drawing from our experiences inside of other crisis moments, two of the tools we’ve been using to coordinate our team in the time of COVID-19 is individual and organizational threat modeling & SWOT planning.

A Movement Moment: Narrative in the Time of Corona

We are here with you. Our hearts and thoughts are with everyone who is struggling right now.

Creating an Ecosystem for Narrative Power

The political landscape is shifting by the week. What we need to stay above the current is what will allow us to build narrative power for the long-haul. 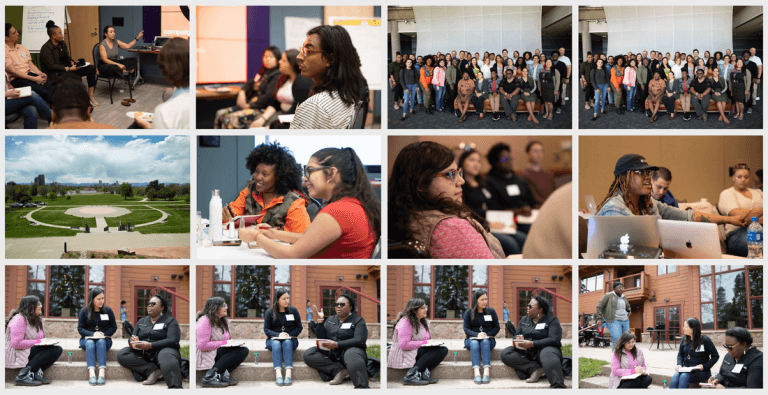 A Spectacular Start to the 2019 Reframe Program

The fifth class of the ReFrame Mentorship kicked off in May with a spectacular Opening Convening in Denver and Breckenridge, Colo. 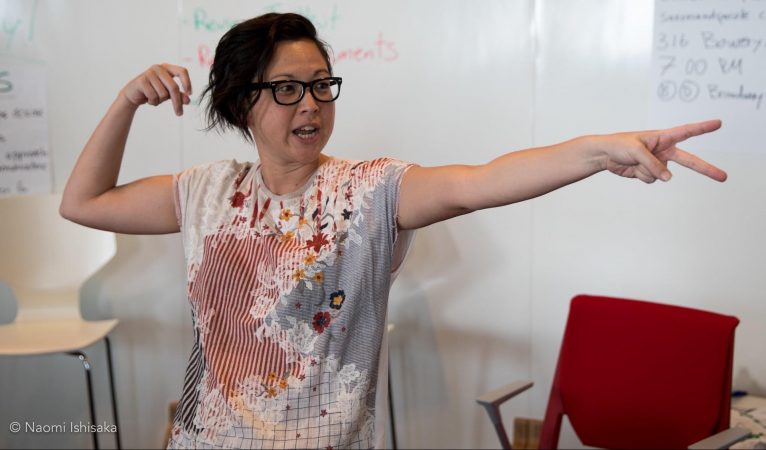 Jung Hee Choi is a Senior Advisor and mentor for ReFrame and the Associate Director for Communications and Policy Strategies for Power California.

At ReFrame, we envision national and international movements buoyed by hundreds of thousands of strategists who are collaborating to develop and advance deep narratives that bend the long arc of history toward justice.

Black Panther: The Movie About Blackness That Reflected Back Gold

First things first, if you have NOT yet seen Black Panther, stop reading right now and go watch it. Yes, RIGHT NOW. Then come back later and read this.

Meet The Next Generation of Communications Leaders (Video)

Some of the ReFrame mentors reflect on their mentees and the hope they have for the future.

Shanelle Matthews, ReFrame mentor and Communications Director at Black Lives Matter Global Network, reflects on why learning and collaborative spaces like ReFrame are humanizing and powerful for oppressed communities.

Brandon Hill, who works with Cook Inlet Keeper, talks about why he applied for and participated in ReFrame.

We Have a Responsibility to Our Ancestors (Video)

Fresco Steez, who works with BYP100, talks about the importance of story and the responsibility of building power towards action to end oppression for all people.

JaNaé Bates, who works with ISAIAH, talks about shifting narratives away from fear and towards hope and liberation.

ReFrame For Our Future (Video)

The ReFrame Mentorship is a six-month program that builds the next generation of strategic communicators in social justice, and supports organization to integrate communications as a core strategy. 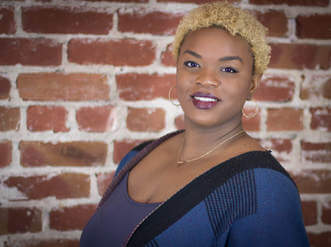 Lessons From the Field: Building Power Through Electoral Organizing 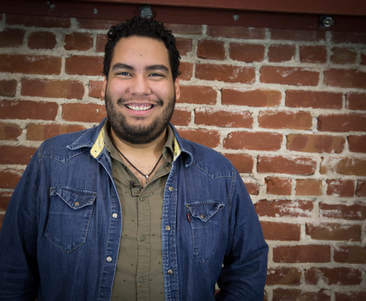 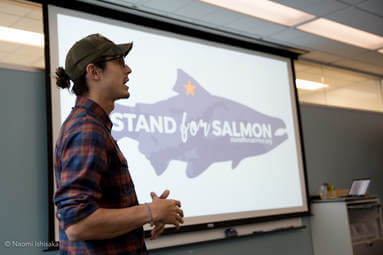 Lessons From the Field: Climate Change Organizing in the Trump Era

For 27 years, Cook Inletkeeper has worked to protect Alaska’s waterways and the life and people that they sustain. According to Brandon Hill, the organization’s Communications Director and a 2017 ReFrame mentee, that work is always an uphill battle. 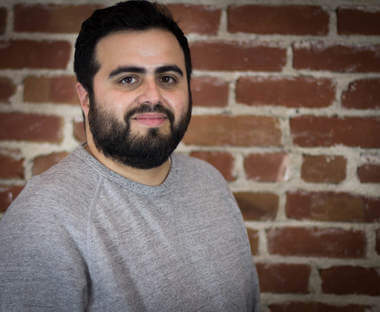 Lessons From the Field: Winning the Fight to Save the Internet

Fake news, corporate control of the internet, digital surveillance, law enforcement agencies using big data to target communities of color — all of these issues have taken on increasing importance in recent years. The Center for Media Justice (CMJ), founded in 2008, is at the forefront in ensuring that communities of color are at the center of the debate and policy solutions to these critical problems. 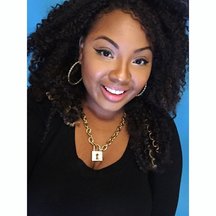 Lessons From The Field Strategic Communications For Statewide Organizations

For statewide organizations that work on a variety of issues, it can often be difficult for their communications staff to manage and plan strategies to effectively get the word out about all of their organization’s work. 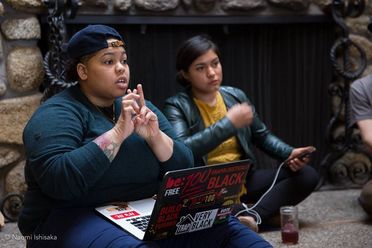 Lessons For The Movement

When we launched ReFrame in 2015, we had one mission in mind: to develop the next generation of strategic communicators — leaders rooted in grassroots movements who understand how to shape and control the narrative and stories about the issues they work on and, equally importantly, have the strategic thinking and skills to do so.

Dream of Where to Go

Reflection and evaluation allows us to understand if we are on the path to realizing our dreams. Heading into our third year of building the next generation of social justice communicators, we took time to reflect on what we have done so far.

Why Invest in Communications Leadership? (Video) 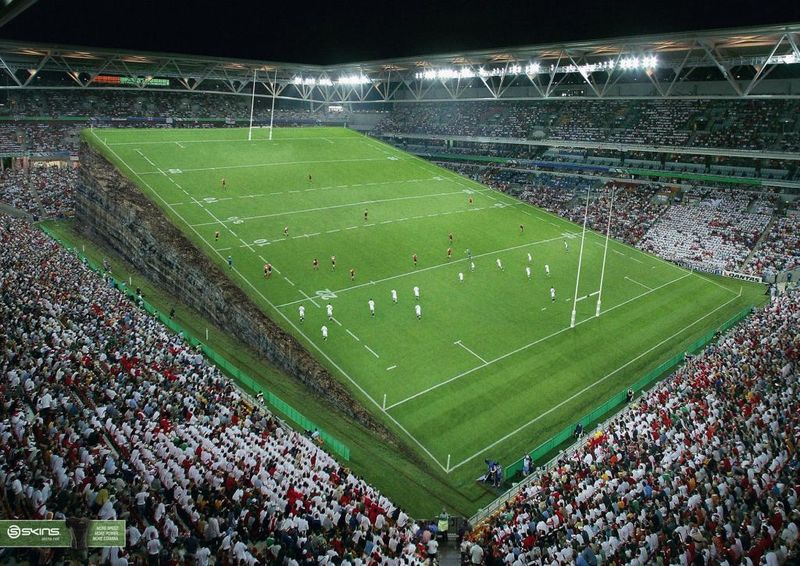 We are organizing and telling stories on an uneven playing field, where the underlying narratives have long been shaped by highly conservative forces. This is the playing field on which mis-and-disinformation is spreading. So how do we combat it? 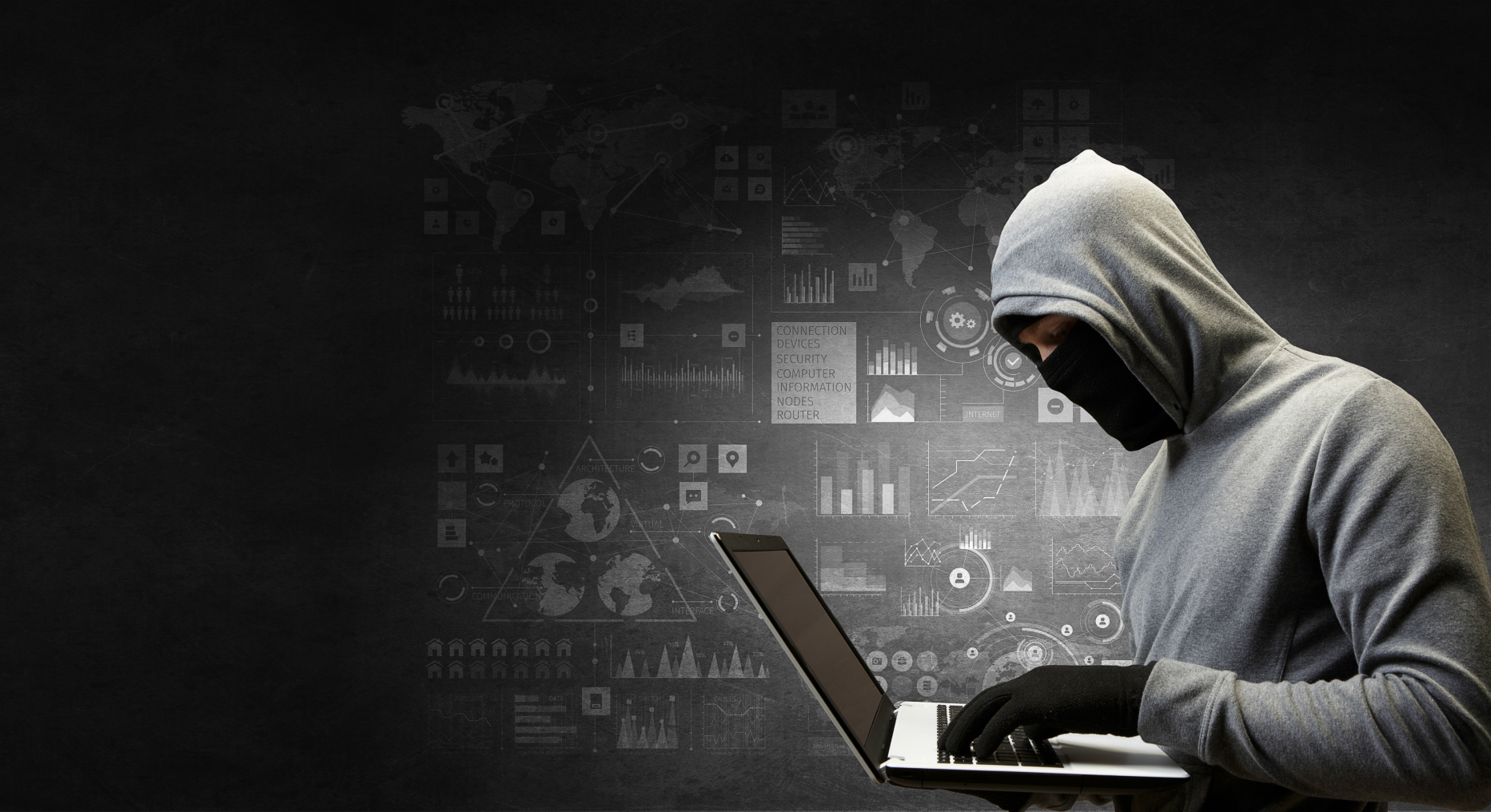 Curated by ReFrame and PEN America for the Disinfo Defense League. Powerful tools to push back while continuing to advance our work for justice 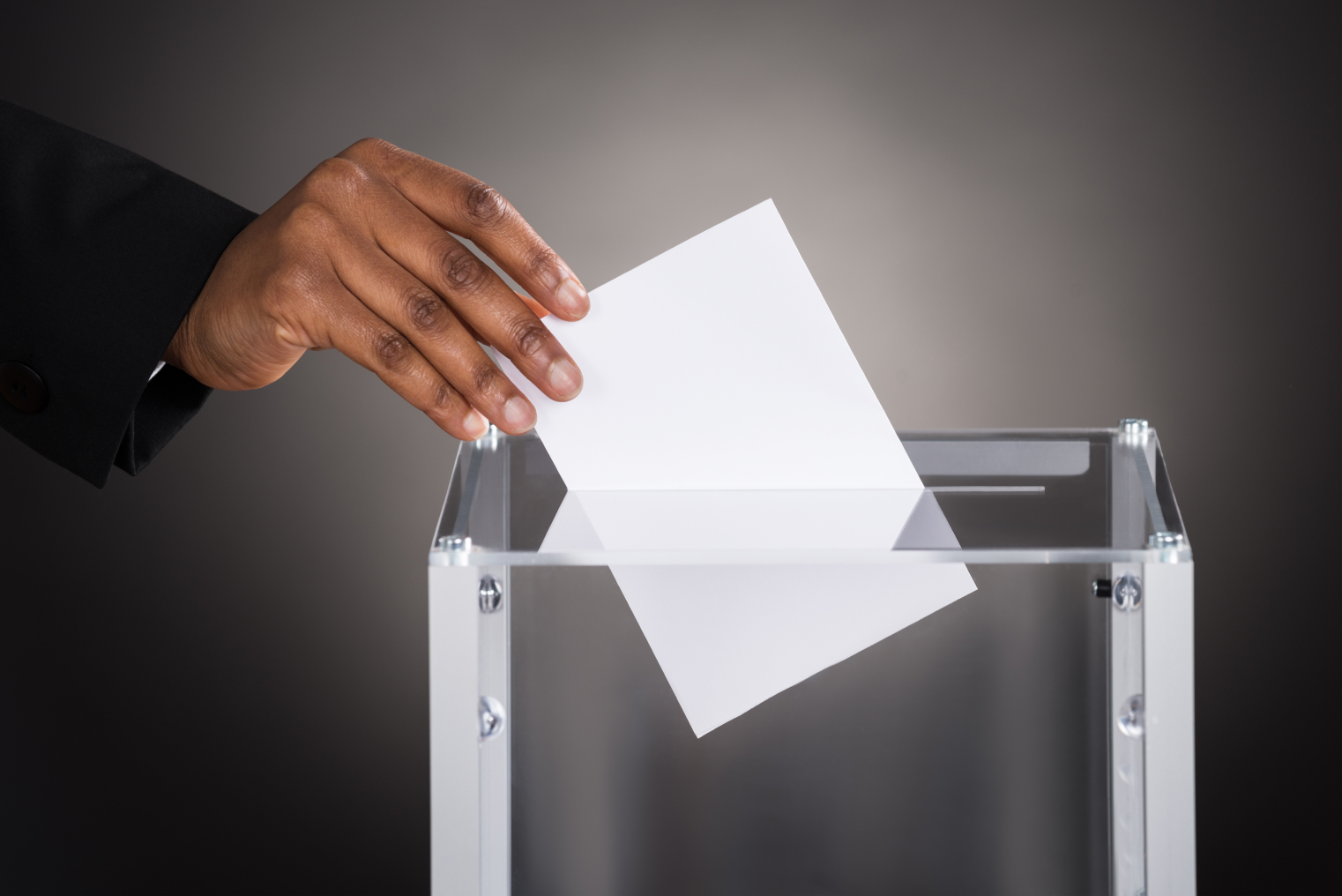 We Came To Win: Reflections on Narrative Power in the 2020 Election

How key strategists built narrative power in 2020 during a global pandemic, the rise of the largest demonstrations for racial justice in US history, the highest rate of voter turnout and a significant defeat of Trumpism at the polls. 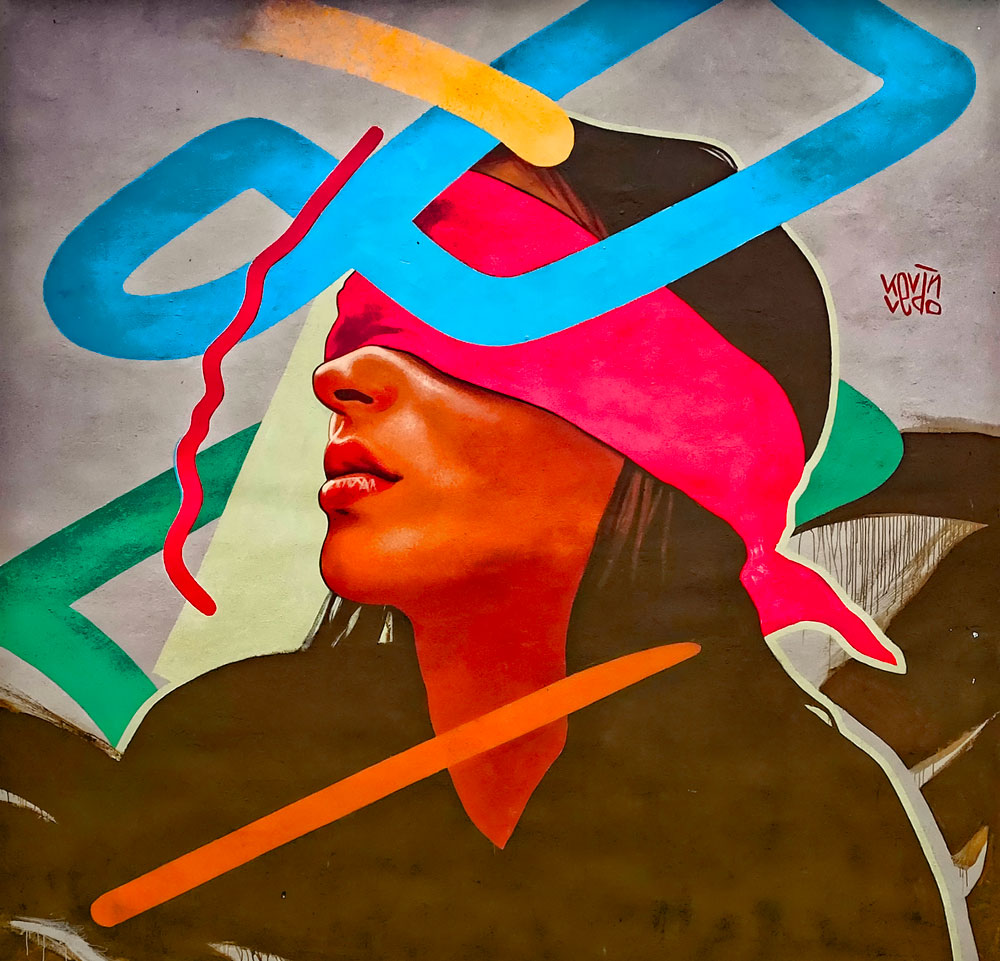 Disinformation has become more effective at generating chaos and seeding doubt in reality. As part of our work with the Disinformation Defense League, ReFrame and This is Signals have committed to sharing lessons learned with the field and action steps on how to slow the spread of disinformation. 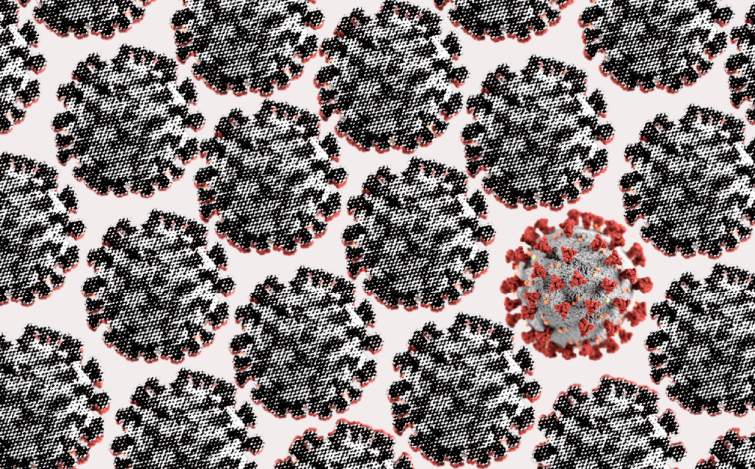